In 2022, the Big Cartoon Festival organized a competition for the third time.

1121 films from 80 countries were submitted to participate in it, from which the selection committee selected 205 films. 80 films are participating in the Russian national competition, 36 in the international competition, and 51 films have been selected for the international student film competition. A separate jury will evaluate series and films for children sent from all over the world. The results of the judges' work – eminent animation directors and artists from different countries – will be announced on November 7.

THE JURY
OF THE INTERNATIONAL
COMPETITION

Xi Chen started to draw comics at his early age. His works were published serially for many Chinese magazines. He graduated from the Beijing Film Academy with the master degree in 2010. Xi Chen worked as a TV animation director and an independent director. He is the Curator of Feinaki Animation Week. He is currently a lecturer at the Beijing Film Academy.

Graduated in painting from the Faculty of Fine Arts in Belgrade. She has a PhD in art practice at the same faculty. Her first animated film Rabbitland (co-directed with Nikola Majdak, 2013) was awarded the Crystal Bear at the Berlinale. It has received numerous other awards and has been shown at more than a hundred festivals worldwide. Her second film Untravel (co-directed with Nikola Majdak, 2018) was screened at Berlinale, Annecy and Sundance, nominated for the Annie Award and received numerous awards. At present she is working on project development for her first animated feature film New Rabbitland, while her new short animated film Money and Happiness has recently premiered at Locarno Film Festival. Working within her own studio, she also makes commercial animation projects as well as conducting animation workshops.

Born in Fryazino, Moscow Region. As a child, she studied at an art studio, graduated from the Ivanteevsky Mechanics and Technology College with a degree in knitwear fashion designer. She received the profession of animator at the Lyceum of Animated Cinematography No. 333 (1994-1996; workshop of Svetlana Sichkar and Roza Zelma). Since 1997, she has worked as an animator and director at the Argus Studio. From 2003 to 2015, at the invitation of Alexander Tatarsky, she took part in the "Mountain of Gems" project of the Pilot Studio. In the same place, she then began working on the author`s series "Piglet" together with Maxim Polyakov. From 2016 to 2022, she worked at the Agama-Film Studio as the chief director and artistic director of the “Fairy-Teens” series. In 2022, she began working as a director on the “Masha and the Bear” project.

JURY OF COMPETITIONS
OF TV SERIES AND CARTOONS
FOR CHILDREN

Born in 1959 in Minsk, Belarus, USSR. In 1982, graduated from the Belorussian Polytechnic Institute, faculty of Architecture. In 1986, was hired as a cameraman assistant at the Belarusfilm Animation Studio.

In 1989, moved to the USA, where was hired by the Will Vintor Studio Claymation in Portland, ORE as an apprentice. Participated in several projects as a sculptor, set designer, animator. Developed a unique animation stand for “clay on glass” technique with multiple glass layers. In 1993-94, was working on a TV series Bump in the Night as a puppet animator at the Danger Productions studio in Brisbane, CA. In 1994, was hired at the Pixar Animation Studio in Emeryville, CA to work as a computer animator on Toy Story.

From 2003 to 2006, was taking time off, then worked on various studios around San Francisco Bay Area: Tippett Studio (Charlotte`s Web), Industrial Light and Magic (Pirates of the Caribbean 2), Pacific Data Images (Madagascar 2). In between was working on various commercial shorts.
From 2008 to 2015, was teaching at the Academy of Art University in San Francisco and Animation Workshop in Denmark.
At the present retired from animation in favour of Sand on Glass genre (Sand Animation, although it`s not technically animation, but rather sand graphics).
Lives in San Francisco, CA.

Marina graduated from the Academy of Arts in Minsk with a degree in animation film directing. She worked as a freelancer in advertising, as a production designer at the Belarusfilm Studio, as an animator on cartoon series at studios in Poland, the Czech Republic and Russia, as a TV program director, and taught animation in Vilnius. Since 2005, director, screenwriter, production designer of the Soyuzmultfilm, DA Studio, the Big Animation Studio Pilot, Parovoz Studio, Agama Films, Digital Light Studio. Starting from 2021, she lives and works in Poland.

She was born and raised in St. Petersburg, Russia. Studied at the State University of Film and Television in Saint-Petersburg, in the workshop of Konstantin Bronzit and Dmitry Vysotsky, then, in 2012, she graduated from La Poudrière. Olesya lives and works in France. She shoots cartoons and collaborates with French and Canadian children`s magazines, and also draws for many other large and small companies and projects, including The Village, The Blueprint, Ted-Ed, etc. Her films have participated in many international festivals.

JURY OF THE
RUSSIAN NATIONAL
COMPETITION

Liana Makaryan holds a degree from the State Russian Institute of Cinematography (VGIK, workshop of Valentin Olshvang). She is a participant and winner of numerous international animation festivals and was nominated for the Golden Mask award for the animation design of the opera “Vita Nuova” at the Bashkir State Opera and Ballet Theatre. Currently, she continues to work on original animated films, as well as on commercial projects (including collaborations with SHAR and Metrafilms studios).

Having obtained a degree in philology, in 1997 Svetlana Filippova graduated from the Higher Courses for Scriptwriters and Directors and the School-Studio “SHAR” in Moscow with a degree in animation direction. She studied in the class of Fedor Khitruk, Yury Norshtein, Eduard Nazarov, and Andrey Khrzhanovsky.

Svetlana has participated in numerous film festivals, art and book exhibitions in Russia and abroad. She is the author of several graphic series and illustrations for the fairy tales of Lyudmila Ulitskaya, Andrey Platonov's novels “The Pit” and “Chevengur”, Ivan Bunin's “Dark Alleys”, Nikolai Leskov's “Lefty”, and the Gospel of John.

She is the winner of the All-Russian competition “The Image of the Book” for her illustrations for Lyudmila Ulitskaya's books for children and for Bunin's “Dark Alleys”. In 2008, she received the “Man of the Book” award in the nomination “Best Artist” (awarded by the newspaper “Knizhnoe obozrenie” (“Book Review”) as part of the Non/fiction Intellectual Literature Bookfair) for her illustrations for Platonov's “Chevengur”.

She has been awarded prizes at international festivals for her animated films “The Night Has Come”, “Sarah's Tale”, “Three Love Stories”, “Where Dogs Die”, “Brutus”, “Mitya's Love”, “Ba”.

Anna Desnitskaya was born on January 18, 1987. In 2011, she graduated from the department of Graphic Arts of the Moscow State University of Printing Arts (MGUP) with a degree in graphic art. She has been a member of the Moscow Union of Artists since 2013. In 2017, she won the Icarus animation award in two categories, “Artist” and “Character”, for the film “Two Trams” (directed by S. Andrianova). Anna has been a laureate and nominee of numerous book awards and a participant of international exhibitions and fairs. 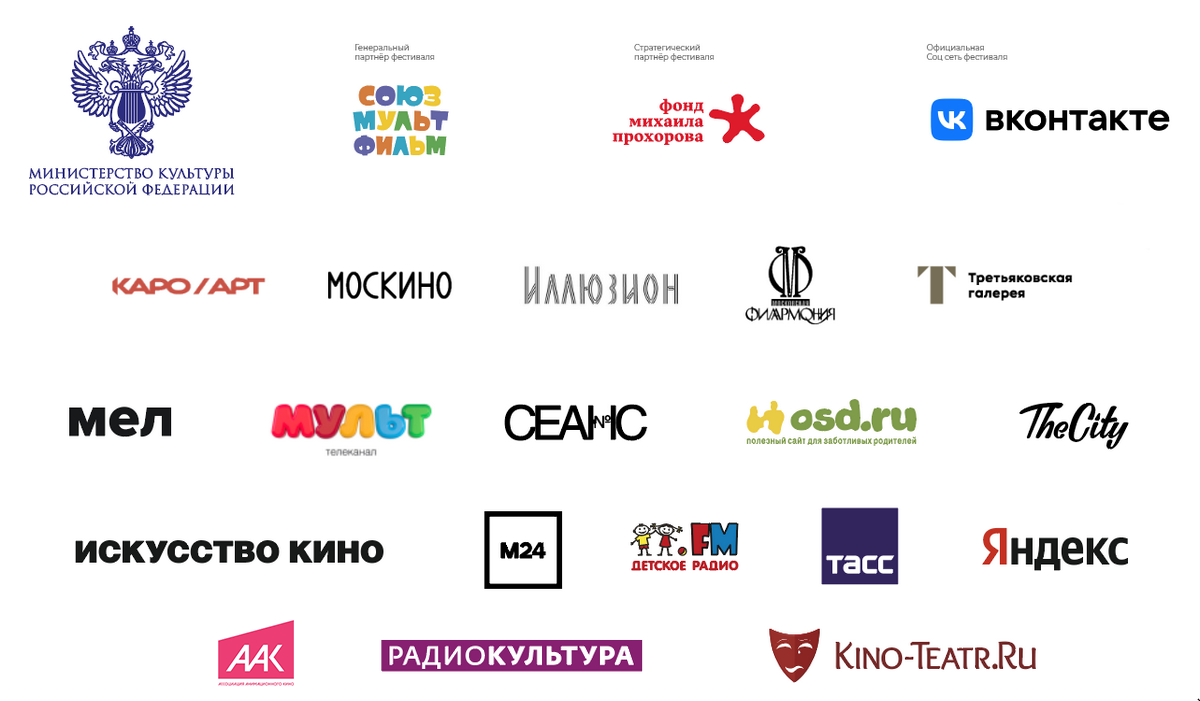